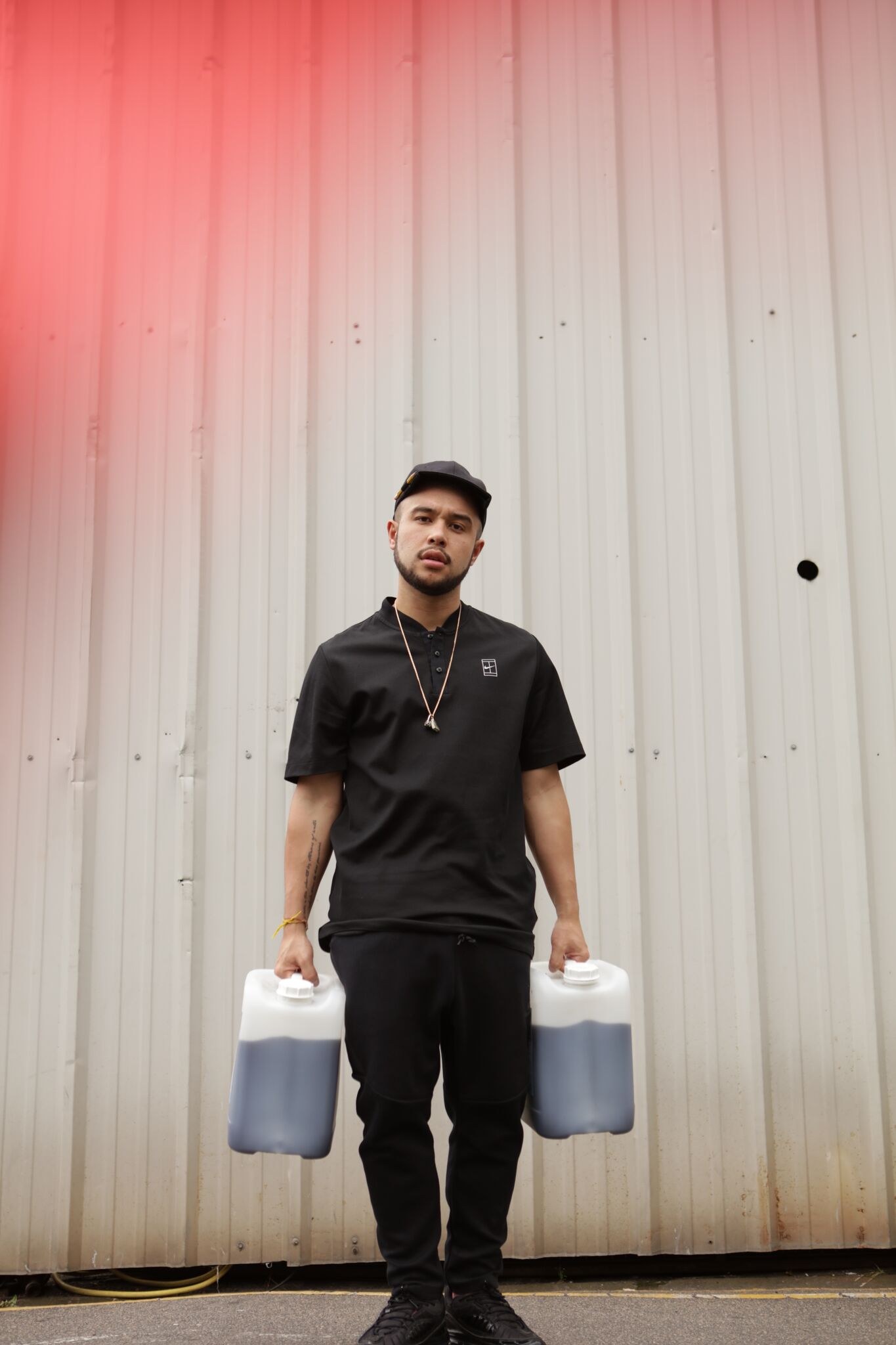 "For my 16th birthday, I got a Tascam 4 track recorder. There was no metronome so I used to play the whole beat live for 4 minutes, record over the top and pray it was all in sync.”Live beat-maker and multi-instrumentalist Jax Jones is, at his roots, a solo act. Growing up in a multi-ethnic household, Jax was exposed to a wealth of influences. After his Nigerian stepfather introduced him to afrobeat via Fela Kuti and rap with a tape of the Biggie Smalls album, Jaxs musical diet developed to consist of Hip Hop, R&B, Gospel and traditional African music. Producers like The Neptunes, Timbaland and Rodney Jerkins shaped his musical horizons and his fascination with the anatomy of a rhythm section.

Having initially studied classical guitar from a young age, Jax took up beat-making at 15 after discovering Cubase on his friends Atari. Cutting his teeth at open mic clubs around London, Jax eventually came together with Rippermann, an up-and-coming grime producer from Mitcham at Brixtons Raw Materials Studio and worked on notable releases for Big Narstie and Roadside Gs, among others in the scene.The son of two teachers, Jax was encouraged to go to uni at 18. Opting to stay closer to his beloved Raw Materials, he declined an interview at Oxford to attend Brunel.

Despite a two hour trip, Jax went from lectures to the studio daily to work on his craft, posting beats regularly on MySpace. After graduation, Jax rented a studio in Sydenham after not being allowed back in the family home, bought a mac tower from Gumtree and worked daily to hone his craft. After meeting Duke Dumont, he developed his passion for house music and co-wrote and produced I Got U and Ocean Drive, both huge global smashes. His latest single House Work fuses together those early hip-hop influences with Neptunes-style funk and soul, Jaxs live, kinetic energy, the classic Chicago house flavour of Mike Dunn and signature vocal hooks from London artist MNEK. At the end of the day i started making beats on a 4 track so it feels right to put that DIY energy into my music.House Work ft. Mike Dunn & MNEK is available to buy and stream now.