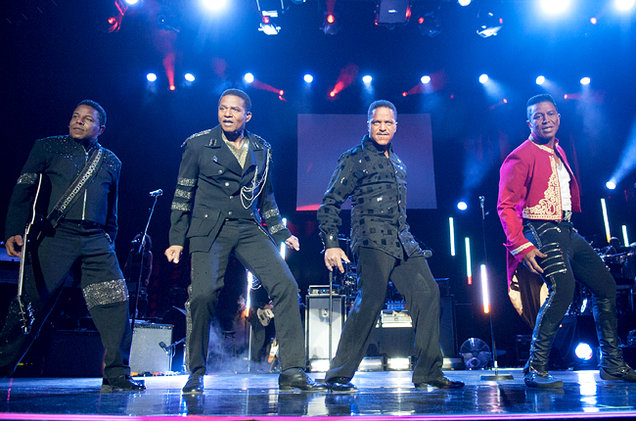 The Jacksons tour features founding members Jackie, Jermaine, Marlon and Tito. With their infectious brand of funky pop-soul and sunny upbeat material, The Jacksons emerged as one of the biggest pop phenomena of the 1970s. They became one of the first groups of black American performers to attain a crossover following, scoring sixteen Top 40 hits on the Hot 10. Some of their most popular songs include Never Can Say Good bye," "Dancing Machine," "Enjoy Yourself," "Shake Your Body (Down to the Ground)," and "Can You Feel It." "ABC" and "I Want You Back" are among the Rock and Roll Hall of Fame's 500 Songs that Shaped rock and Roll. They recorded the hit albums Destiny, Triumph, and Victory. Creating some of the most vibrant pop/R&B of their era, The Jacksons remain an important centerpiece of pop culture today. Along with their immense catalogue of classic hits, The Jacksons have also been honored in the Grammy Hall of Fame, the Rock and Roll Hall of Fame, the Vocal Group Hall of Fame, along with a star on the Hollywood Walk of Fame. The legendary Jacksons have inspired several generations of boy bands, including New Kids on the Block, N*SYNC, the Jonas Brothers, Backstreet Boys, One Direction, and many more..